Guided By Data, Measured By Results

“Volker has held leadership roles at the world’s largest advertising agencies and has led commercial strategies for most of his career. This includes go-to-market strategies and acquisition strategies for others. His experience of managing large global teams and multi-million-pound revenue streams has provided him with a unique set of experiences that Optimise is able to leverage. Additionally, he is versed in building sustainable business cultures, utilising his experience in the personal development space which is underpinned by his experience as a podcaster (Stories of Success), Author (Principles for Success) and blogger alike which makes him the prime candidate to advise Optimise on the ambitious commercial growth plans and strategy of the business. Optimise is positioning itself for an extended period of growth as the world unlocks its economies from various Covid19 measures, appointing Volker to help us reach our goals is a vital piece of the puzzle going forward in 2021.”

I am excited to help Optimise reach the next stage in their commercialisation and put them on the map as the leader of Ecommerce SEO, paid search and content across Europe“. 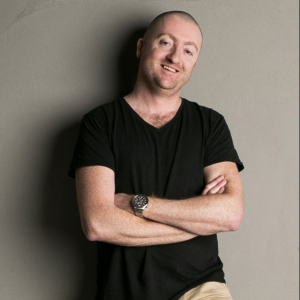 Stephen has been working in the SEO industry across a wide variety of sectors, positions and capacities for 20 years. Today he is the founder of Optimise and also a start-up founder. Stephen, originally from the United Kingdom moved to Sweden in 2013 and became Swedish in the autumn of 2019. He spends his time between Varberg in Sweden and Chichester in the UK.
Share on facebook
Share on FB
Share on twitter
Share on Twitter
Share on linkedin
Share on LinkedIn

Find out more or adjust your settings.

This website uses cookies so that we can provide you with the best user experience possible. Cookie information is stored in your browser and performs functions such as recognising you when you return to our website and helping our team to understand which sections of the website you find most interesting and useful.

Strictly Necessary Cookie should be enabled at all times so that we can save your preferences for cookie settings.

If you disable this cookie, we will not be able to save your preferences. This means that every time you visit this website you will need to enable or disable cookies again.